Through the Eyes of the Saints | Saints Louis and Zélie Martin 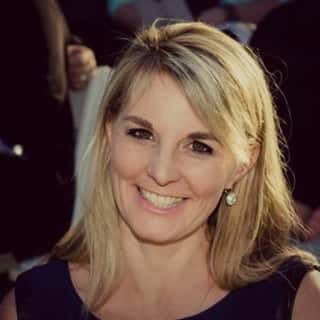 One of the most saintly love stories in history began on a bridge.

It was April, 1858.   Zélie Guérin was walking over the bridge of St. Léonard in Alençon, France when she observed a striking, dignified man also making his was across.  An interior voice, which she recognized as coming from the Blessed Virgin, spoke: “This is he whom I have prepared for you.”

The pretty young woman had been noticed by Louis Martin, too, and it didn’t take long for them to be introduced, probably by his mother, who was taking a lacemaking class with Zélie.

The two had much in common. Both had desired religious life, but had been turned away at the door of both monastery and convent.  He, for an inability to master Latin, and she, because, as the Superior of the local order of St. Vincent de Paul mysteriously told her, “It was not the will of God.”

They had both set about to learn intricate arts.  Louis learned the careful craft of clockmaking.  Zélie’s art was lacemaking, specifically, Point d’Alençon, a complicated and highly-prized lace the region was known for.

Most importantly, they had a deep devotion to God and to the Catholic faith.  They had long since set their hearts on fulfilling perfectly God’s will for them.  When He revealed that they were called to marriage, they embraced their vocation and wished for many children “to bring them up for heaven.”  Perhaps, they openly hoped, some of them would be given the religious vocations they themselves had not received.

Married on July 13, 1858, the Lord heard their prayers and soon the home was filled with the gentle joy of children.  Marie-Louise, Marie-Pauline, Marie-Léonie, and Marie-Hélène followed each other in quick succession.  And then, finally, a son arrived, and the family rejoiced, hoping that Marie-Joseph-Louis would grow up to be a missionary priest!  But he was called home to heaven just a few months later, ushering in a period of deep grief for Louis and Zélie.  Another son was born and died, and then they suddenly lost little Hélène shortly after Marie-Céline was born.  “I thought,” wrote Zélie, “I would die myself.”

Another daughter, Marie-Thérèse-Mélanie was born in 1870, and as Zélie was unable to nurse her babies, had to be sent to a wet nurse in town.  Tragically, incomprehensibly, the nurse had let the little girl starve, and she died in agony on Zélie’s lap.  It was another bitter cross, and one which could only be borne with a faith deeper than death.  But that was, of course, exactly the kind of faith they had.

It was the next child who would bring this family into the light of the whole Church, little Marie-Françoise-Thérèse, St. Thérèse of Lisieux.  She was a fresh joy, a “little winter flower” who appeared on January 2, 1873, and she was encircled in a family rich in love.  Together they attended Mass daily, prayed, served the poor, and fulfilled their duties with attention to every detail.  Zélie continued to work as she raised her daughters; in fact, her business became so successful that Louis sold his own in order to help her manage the lacemaking.  Her many remaining letters are filled with the joys and sorrows of daily family life, and themselves laced with faith in a God who works all things for good.

But the warm circle would be broken by another suffering.   This time the sacrifice the Lord asked for was Zélie herself, who died after an excruciating battle with  breast cancer when Thérèse was only four years old.

Broken hearted but determined to do his best for his five daughters, Louis sold the lace-making business and their home and moved to Lisieux to be near Zélie’s brother and his family.  It would be a move designed by Providence.

In Lisieux was the Carmelite convent where four of the five girls would find their calling.  Louis surrendered them to God, generously but not without a bittersweet grief.  First Pauline, then Marie, then Thérèse, his “Little Queen,” when she was only fifteen.

Céline’s entrance would have to wait, for a final sacrifice was asked of Louis -  in the form of an illness that took his health, his independence, and slowly, his mind.  At his final visit with his Carmelite daughters, barely able to speak, Thérèse would emotionally remember his final gesture to them: his hand raised, his finger pointing upward, and a single, wrenching word: “Heaven!”

Céline and Léonie alone remained to help care for him until his death in 1894.  Then they both would enter the convent: Céline joined her sisters in Carmel and Léonie became a Visitation nun.

For decades, it was Thérèse, canonized in 1925, who would capture the hearts of the faithful.  One of the most loved saints of all time, “The Little Flower” and her way of spiritual childhood spread like wildfire over our spiritual landscape.  But the Church slowly realized that this Flower bloomed on a burning bush, a family itself ablaze with love.  Perhaps it was she, this time, pointing us upward to heaven, revealing those who had opened her little-girl heart to Jesus and made Him the King in their home and their lives.

Louis and Zélie Martin were canonized in 2015, the first married saints of modern times and the only married couple to be canonized together.  Their 19 years of marriage was rich in suffering but richer still in love, a love which gave birth to a spirituality. Therese’s “way of confidence and love” really was a rediscovery of the deeper meaning of her own beloved childhood.

The Church, by raising them to the altars, urges us to find hope in their story.  Now we are encouraged to call on them for help -  in finding a spouse, perhaps, or for a happy marriage, or holy children, or strength in the bitterest sufferings.  Certainly the lacemaker and the clockmaker will help us faithfully fulfill the millions of tiny details in our daily duties - to the last stitch and the final screw.

This year marks the 160th anniversary of that divinely-orchestrated meeting on the bridge.  How good is God, who guides our steps that we encounter such saints as we make our own way across this life!  May Louis and Zélie pray for all of us, that we safely, faithfully, cross the bridge into heaven and join them there.

Saints Louis and Zélie Martin, pray for us!